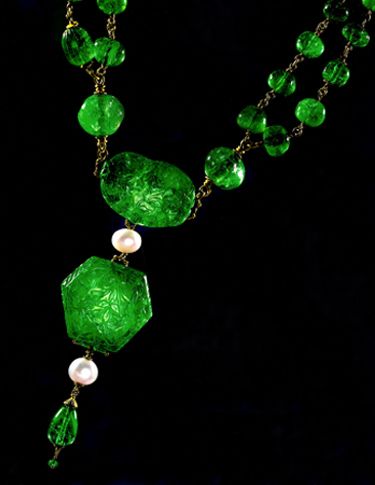 The emerald has been a gem of fascination in many cultures for over six thousand years. It is so prized, that carat for carat, a fine emerald may be two to three times as valuable as a  diamonds.

According to Indian mythology, the name emerald was first translated from Sanskrit as “marakata,” meaning “the green of growing things.” The name we know it as now is believed to come from an ancient Persian word, translated to Latin as “smaragdus,” and eventually over time, corrupted to “emerald.” Records show that the stone was known and sold in markets in Babylon as early as 4000 BC. It is a stone that was worshiped by the Incas and mentioned in biblical information about the apocalypse. The earliest reference to emeralds in Western literature come from Aristotle. He was a great fan of the gemstone and wrote that owning an emerald increases the owner’s importance in presence and speech during business, gives victory in trials, helps settle litigation, and comforts and soothes eyesight. He also stated “An emerald hung from the neck or worn in a ring will prevent the falling sickness (epilepsy). We, therefore, commend noblemen that it be hanged about the necks of their children that they fall not into this complaint.” Many cultures throughout time have believed the emerald to be an enormously powerful stone in different ways. The Chaldeans believed the stone contained a goddess. And in the Islamic faith, an amulet of an emerald might be engraved with a verse from the Koran. The ancient Egyptians believed the emerald stood for fertility and rebirth. In Ancient Rome, Nero supposedly watched gladiator fights through a large transparent emerald as he found the color to be calming. In some legends of King Arthur, the Holy Grail is described as being fashioned from an emerald. In China, Thursday was the day for wearing green and emeralds for good luck. However, various countries in the East and West varied in opinion on which day the emerald would bring good luck. The Romans once considered light-colored Emeralds to be unripe, and believed that an Emerald becomes a darker shade of green as it matures. It was known that Emerald was a favorite gem of Cleopatra, the Queen of Egypt, and the Emerald mine in Upper Egypt, rediscovered a hundred years ago near the Red Sea, was one of the earliest Emerald occurrences in the human history. Emeralds also adorned Russian crown jewels. The Irani State Treasure contains an exquisite collection of Emeralds, as well as the Emerald tiara of ex-Empress Farah. Shah Jahan, one of the moguls of India that built the Taj Mahal, loved Emeralds so much that he had sacred texts inscribed into them and used these gemstones as talismans. The ancient writings of Veda, the sacred text of Hinduism, testifies to Emerald as being the “gem of good luck” and the “gem that improves one’s well-being”. These “Mogul Emeralds”, as they are known today, can be found in modern museums and collections. 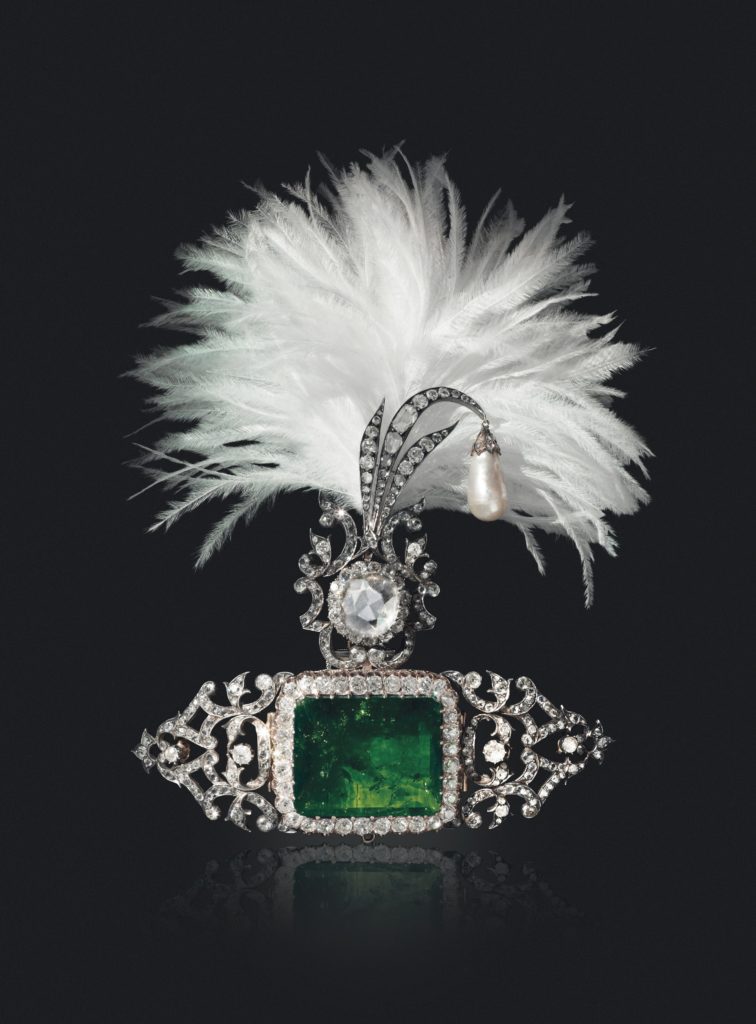