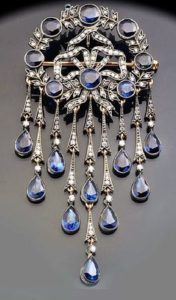 have long been associated with the British Royal Family. Sapphires feature in the Crown Jewels, and very famously, Princess Diana’s engagement ring that was passed down to Princess Catherine was a Ceylon Sapphire.But did you know that Sapphire’s reputation as a regal gem dates back to around the 2nd Century AD? At around this time, it was said that kings wore Sapphires around their neck to protect them from harm.

The Ancient Greeks associated Sapphire with the god Apollo. At the famous oracle at Delphi, Sapphires were often worn due to the belief that Sapphires are connected to the spirit world. Later on, Sapphires were popular with necromancers and witches due to their supposed ability to tap into the ‘third eye’.

Ancient Persians had a belief that Blue Sapphires were actually chips from a huge pedestal that supported the earth, the reflections of which coloured the sky blue.

The Star of India is one of the most famous of all gemstones. A 563 carat Star Sapphire, one of the largest ever discovered, it has a fascinating history, and some have speculated that it is cursed.J P Morgan, a wealthy banker, commissioned George Frederick Kunz, the esteemed gemmologist, to assemble some of the most spectacular gems in the world for the Paris Exposition of 1900. Kunz didn’t disappoint. The Star of India was amongst the gemstones he procured for the occasion. After the Exposition, Morgan donated the gems to the American Museum of Natural History. It resided there quite peacefully until 1964.On October 29th, a group headed by Jack ‘Murph the Surf’ Murphy, stole the Star of India and a collection of other gems, in what was an infamous heist in its day.During the Museum’s opening hours, the gang had unlocked a bathroom window. After dark, they crawled in, and found that the Star of India was the only item in the collection that was alarmed. Luckily for them, the alarm had run out of batteries. They made off with gems worth over $400,000 (over $3 million today).The Star of India was uninsured, but luckily the gang were captured two days later. They led police to a Miami bus station locker, where the Star of India was recovered, and returned to the museum, fortunately unharmed from its escapade.

Sapphire is the most precious and valuable blue gemstone. It is a very desirable gemstone due to its excellent color, hardness, durability, and luster. In the gem trade, Sapphire without any color prefix refers to the blue variety of the mineral Corundum. However, the term Sapphire encompasses all other gem varieties and colors of Corundum as well, excluding Ruby, the red variety of Corundum, which has its own name since antiqui 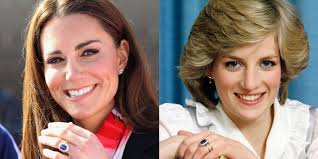